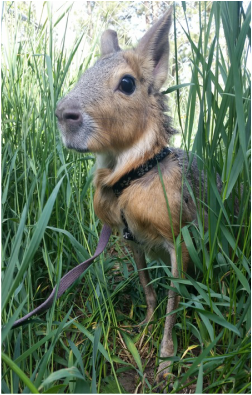 Chili Pepper came to Animal Wonders when he was only 4 days old! Now that might seem too young to have a baby leave his mother, but in this case it was to save his life. Chili Pepper was born at a zoo in Nevada where the group of Patagonian cavies lived in a large outdoor enclosure. When the babies are born they come out of the burrow the same day and are ready to run around with the adults. There was a large bird of prey in the area around where he was born looking to snatch up the vulnerable babies. Chili Pepper was taken inside as soon as he was out and about, unfortunately his mother couldn't join him since she wouldn't tolerate being that close to humans. Chili Pepper needed to be bottle fed and was given to Animal Wonders to become an ambassador for him species.

Since 2011, he has become an amazing ambassador. His calm, gentle, nature has made him a perfect educator and audiences are always fascinated by him. He still loves to go on walks and we take him out any time we can for more fun adventures!
​Chili Pepper loves to go on walks. Here are a few photos of his many adventures! 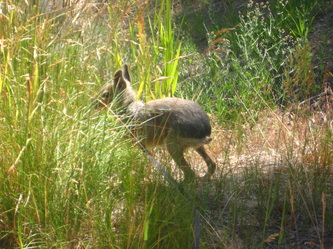 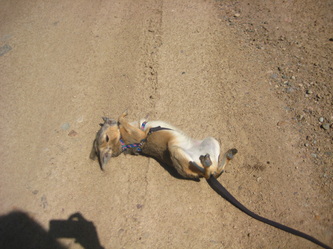 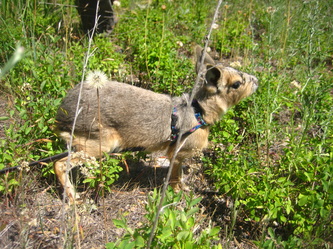 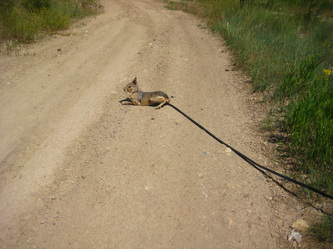 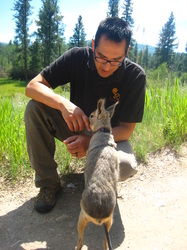 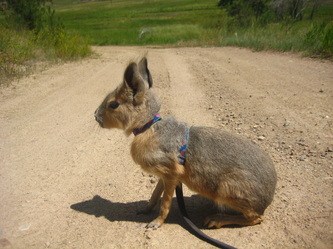 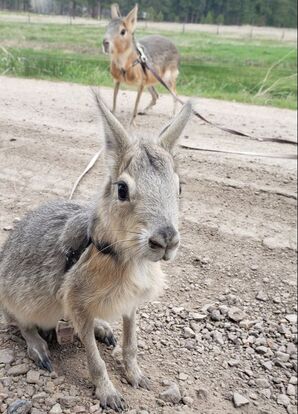 Cayenne came to live at Animal Wonders in the summer of 2019 to be a companion for Chili Pepper. As she got to know us she quickly learned many new things including the training game and how to walk (more like run!) on a harness.
​
She loves people and she watched how calm Chili Pepper was in front of an audience. She quickly learned that traveling to new places and meeting new people was really fun! Cayenne is now a fully trained ambassador and we love sharing her with others!