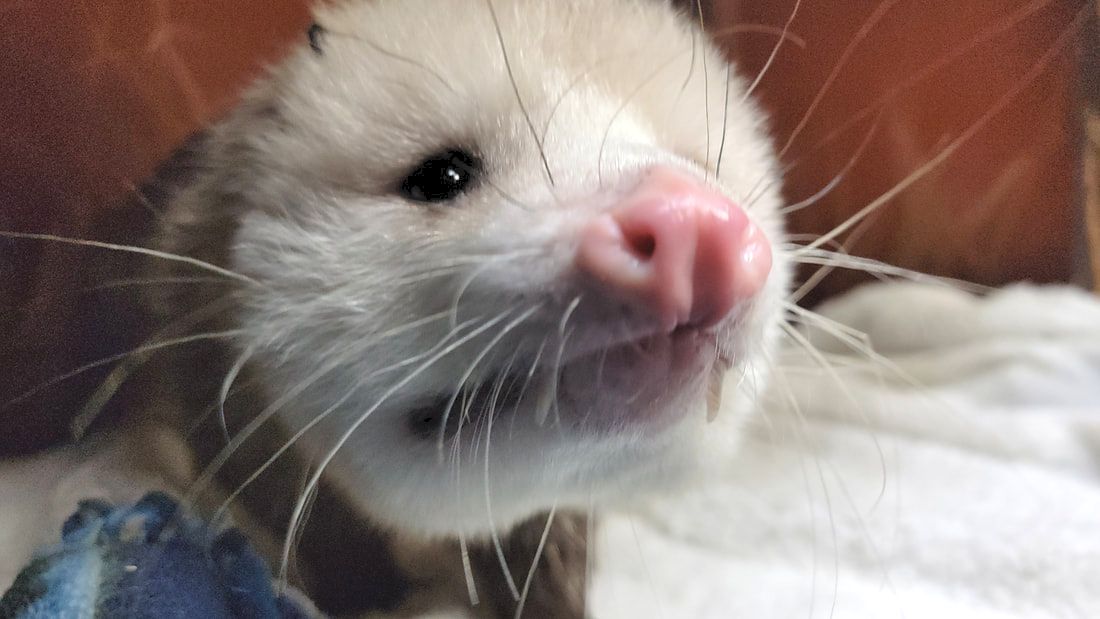 Inky was found as an orphan when he was an infant and brought to a licensed rehabilitator in Tennessee. After a few months with the rehabilitator gaining strength and growing up in the hopes that he could be released back into the wild, Inky unfortunately sustained accidental injuries to his tail and ears. This prevented him from being release since he was unable to climb and evade predators like he would be to in order to survive in the wild. Inky is a calm and gentle opossum and is relaxed around humans, which makes him an excellent ambassador for her species. He loves all kinds of food and doesn't mind traveling to public presentation, especially when it involves plenty of the best treats!
​
Back to Mammals