The Rabbits of Animal Wonders 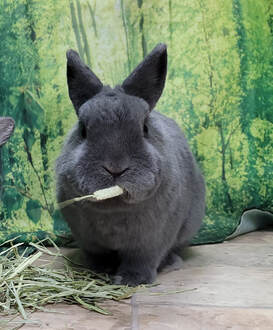 Bigwig came to Animal Wonders in May 2020 from a vet tech who had taken him in when a client abandoned him at the clinic. We hoped he would be a great companion for Hazel who had recently lost his previous companion. Their introduction was an instant success and they've been great friends since. A few months later Clover joined the crew and the three are a wonderful trio.

Bigwig loves fresh greens, dandelions, and sweet potatoes. He enjoys playing with toys and while he's the largest of the friends, he's happy to let Clover tell him what to do. 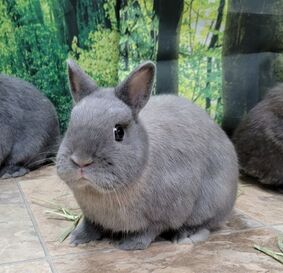 Clover came to Animal Wonders in August 2020. She was introduced to Bigwig and Hazel and she immediately took charge of the boys and the three formed strong bonds. Hazel and Bigwig are happy to oblige her with gentle grooming whenever she comes in for a snuggle. She isn't as fond of human interaction as the boys, but she tolerates being held, groomed, and adored by everyone who meets her. 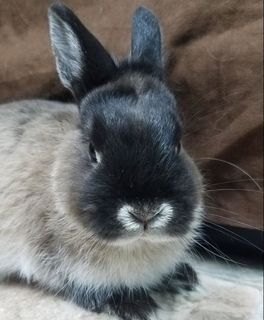 Hazel came to Animal Wonders in September 2017. He's a very handsome show quality rabbit that was lost for a month before returning to his owners. He's a little thin from his big adventure, but loves eating and is doing well. Hazel is still young, but he's not going to grow much bigger since he's a dwarf bunny. He's still a little shy, but the more he gets to know us the more curious he's becoming. Hazel has taken over the role of being an ambassador for rabbits, and he has big shoes to fill.

Cheeks, the previous ambassador has retired from shows, but leaves an amazing legacy and Hazel is following in his footsteps. 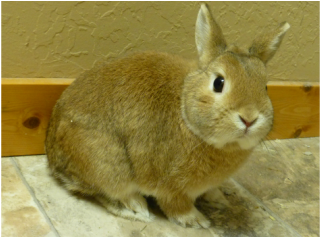 Cheeks is our old bun and he's retired from presentations. He came to Animal Wonders when he was still quite young. He's very social with humans and comes running when he sees someone coming, he'll even give them licks of affection. Cheeks has a few funny behaviors; he likes to flop onto his side and lay there, sometimes he will even lay on his back.

Learn about our rabbits in these videos!